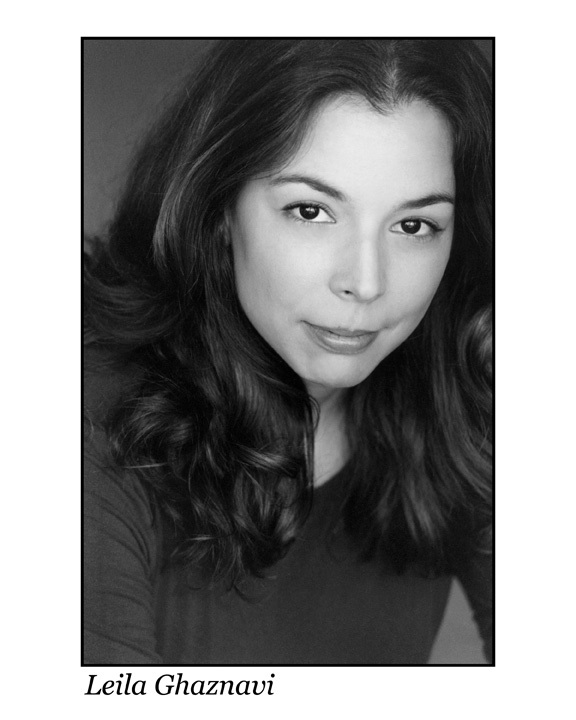 Leila Ghaznavi is an actor, playwright, puppeteer currently residing in Los Angeles, California. The majority of her work is composed of original multi-disciplinary projects that use poetic texts, classical fairy tales, current political issues and a broad spectrum of performance mediums to create dynamic theatrical pieces that simultaneously examine the plight of an individual as well as the political landscape around them. Ms. Ghaznavi’s work is aimed at defying the social perceptions of what is “holy” believing that anything is fodder for art and that the artist must defy the constraints against them.

In her drive to create work that defies gravity in both a metaphorical and literal sense, Ms. Ghaznavi has actively pursued tools for story telling ranging from clown to classical acting to film work to mask work to puppetry to aerial acrobatics and more. Ms. Ghaznavi’s work has been seen both domestically and abroad at such places as the Edinburgh, Chicago and Hollywood Fringe Festivals, Bali, Indonesia, and with the International School of Theatre Creation Helikos in Kristiansand, Norway. She received her M.F.A. in acting from the California Institute of the Arts and a B.A. in music composition from Bryn Mawr College. She has also trained with the Dell’Arte International School of Physical Theatre and Shakespeare and Company.

As a result of the conflicts in her own childhood between her Iranian father and American mother, which she parallels to the US – Iran political conflict, Ms. Ghaznavi is driven to create work that foster forums for debate and understanding of the rifts that separate the American people from the world around them. Sensitive to the fact that only an accident of birth separated her from having to live under the repressive societal forces that exist against women in the Middle East, Ms. Ghaznavi seeks to generate work that examines the plight of women across the globe. She has created original work on such varied topics as the Iranian Revolution of 1978, female suicide bombers in Iraq, the biases against homosexuality in Middle Eastern Culture and the Mothers de La Plaza de Mayo— also known as the mothers of the “Disappeared” of the Argentinean Dirty War.

Ms. Ghaznavi strongly believes in the creative potential of artists to generate social change and that art has a moral responsibility to stand as a bulwark against fear. Art must dare to say what is forbidden, love the undesirable, speak for those who have no voice, mourn those who have been forgotten, challenge what is sacred and dance in the clouds to reveal undiscovered planes of imagination. In short, to defy gravity.