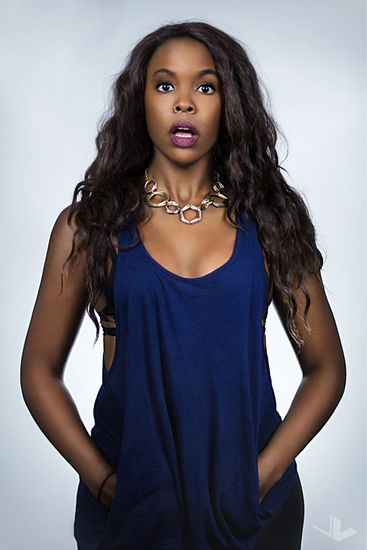 Actress, Writer, Director. I love life and everything in it!

I started Comedy in college 2010. I was a BFA Theatre Arts acting student. I was 20 years old and didn’t give a fuck about anything but making people laugh. I was on an amazing Improv troupe that sold out shows every week. 300 people in the audience every week. We killed it. We really did. The comedy was unreal and fast paced and it was like something I’ve never felt before.

Some college kid approached me at one of our weekly improv shows and said ‘I haven’t laughed in 9 months since my mom passed away from Cancer, thank you." I went home and cried and was extremely confused because, “Comedians can’t cry.” I was struggling with the same family situation like the homeboy at my show. My Mom was at home battling her 3rd round with cancer. This time ‘breast’ cancer.’ I would call her and attempt to tell her stories and inspirational quotes of how ‘everything would be okay.’ My mom would always cut me off and say, ’Just make me fucking laugh Bri please."

I find comedic inspiration from my father. (The worst comedian who ever lived) But hey don’t all our dads jokes suck? My dad is my role model and my soul. I think thats why I am most inspired by male comics like…. Monty Python Show, Arsenio Hall, Rupaul, Eddie Murphy, Dustin Hoffman…So really any man who has ever played a woman hahahaha. Strange I know, but there is nothing more powerful than a full body performance.

I’ve performed all over the U.S but mainly shows in Los Angeles. The Comedy Store. Hollywood Improv, Hahas Comedy Club, I have my own monthly stand up show that I host called, “The Turn up for Bri.”

I recently performed my World Premiere of Bri Giger Presents “Voicemails, Through my Red Eyes.” a one woman show. 1 hour long with 10 different characters based off of voicemails I’ve received in the pass 5 years. It is over all a comedy but I saw some red eyes. Maybe they were stoned maybe they were crying, probably both. I will be performing again for Hollywood Fringe Festival 2015 June 21st 8:15pm and June 28th 2:15pm. For 2$ off please use the code “Smokemeout”

See my updates at