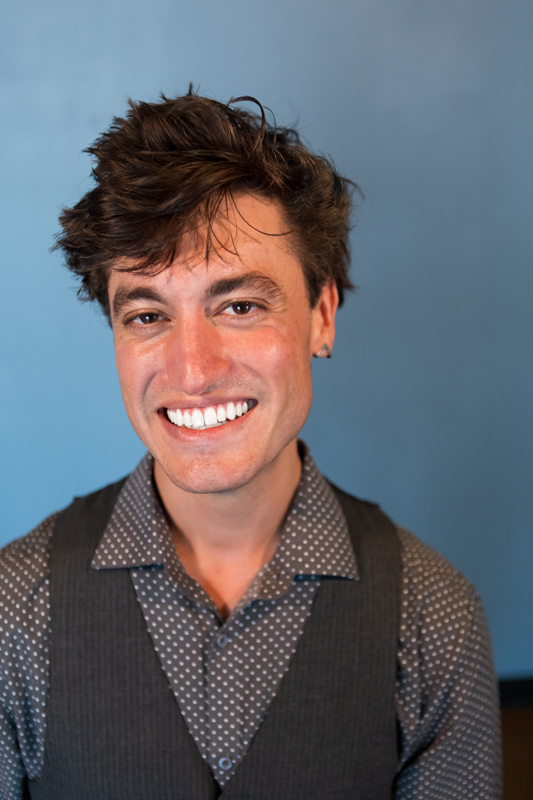 Gabriel Michael Valdez is a Colorado native actor, comedian, and writer. An instructor for Rise Comedy, he is an Upright Citizens Brigade alumnus and has trained with The Groundlings (LA) and Bird City Improv (Baltimore).
Gabe has performed internationally at the Auckland Improv Marathon (New Zealand) and Improfest (Sweden), and regionally at Second City, Upright Citizens Brigade, Westside Comedy (Santa Monica), among others.
Gabe is a member of Unsupervised, Colorado Springs’ only LGBTQ+ improv team, and works to bring more inclusion to comedy. As an improv addict, he is also a member of numerous other improv teams.

A professionally trained environmental analyst and geologist, Gabe would love to talk with you about protecting the environment and his rock collection.