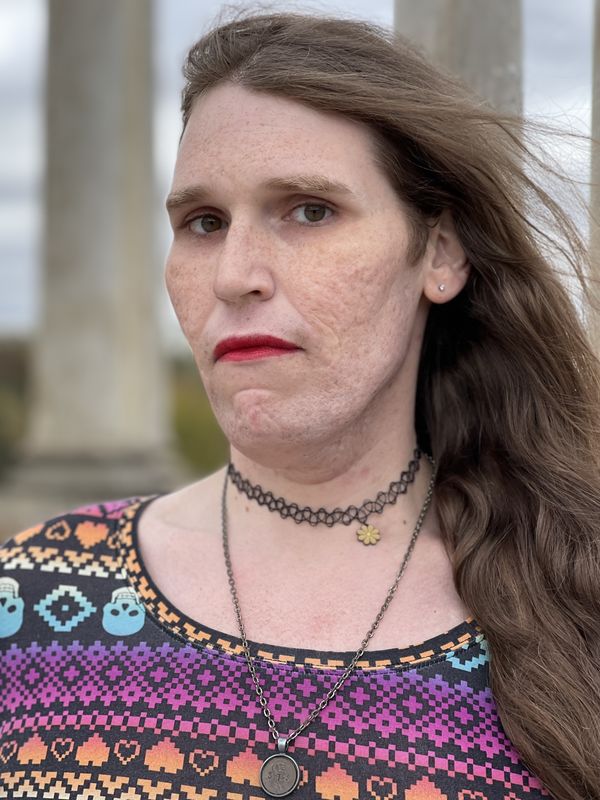 Natalie Nicole Dressel is a transgender writer/actress currently living in North Hollywood, CA. In 2019 she attained her MFA in writing for the Stage and Screen from Point Park University in Pittsburgh, PA, and in 2013 she earned her BFA in Theater from Michigan State University. She is a graduate of the UCB LA improv program, and her play There is Evil in This House (that she wrote and also starred in) was a Second Rounder at AFF and a 2019 O’Neill NPC finalist. She did various voices on the English language dub of the currently available to watch Veneno and dubbed the lead on Todo Lo Otro (or Dafne and the Rest) both on HBO Max. Recently wrapped a movie on the East Coast and had a grant show of her work put on and funded by the City of West Hollywood. Has written on-the-spot love poetry for strangers passing by at Pride in Los Angeles and Denver on an old fashioned typewriter. @nataliendressel on Twitter. natalienicole24601 on Instagram.