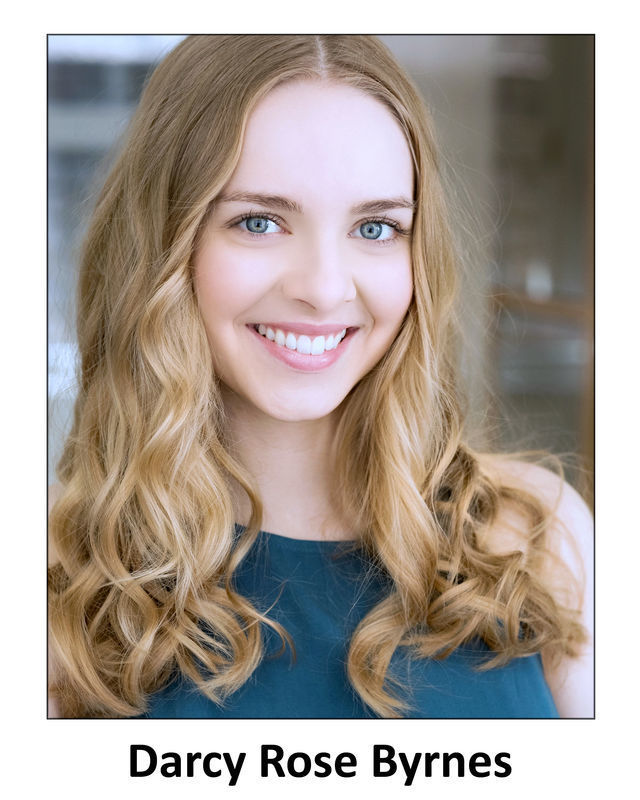 Darcy Rose Byrnes has been performing since she was only 3 years old, actively involved in theater and dance while also doing commercials. She landed her first TV role as ‘Abby’ in CBS’s soap opera series “The Young & the Restless” at the young age of 5 and grew up in that role from 2003 to 2008. Darcy Rose was Emmy pre-nom for her turn as Abby. During that same time, she also was a recurring guest star in “The Bold and the Beautiful.”

From 2010 to 2012, Darcy Rose played ‘Penny Scavo,’ daughter of Felicity Huffman’s character, in the hit drama series “Desperate Housewives.” After “Desperate Housewives” wrapped, Darcy Rose focused her energy on voice-over, becoming the iconic singing and speaking voices of ‘Princess Amber’ in “Sofia the First” and “Elena of Avalor,” ‘Ikki’ in “The Legend of Korra” and ‘Maricela’ in Dreamwork’s Netflix series, “Spirit: Riding Free.”

Most recently in 2021, Darcy Rose has taken on the role of ‘Harper,’ an intense and driven journalist at her elite private high school, in Disney+’s exclusive dramedy TV series, “Big Shot,” starring John Stamos. Darcy Rose was very involved musically with the show, writing and arranging multiple numbers, including, “Double Double,” an arrangement of the classic Macbeth “double double toil and trouble” and “Fight for the Crown,” Beth Macbeth’s climax where the girls duel.

Darcy Rose is also a professionally trained dancer and started studying Ballroom and Latin dance at 11 years old and signed up for her first dance competition in 2018, just to prove to herself that she could do it. Her first was The Las Vegas Lights Dance Challenge, where she competed in 15 ballroom categories and took first place in all rounds. Her second competition was a Latin competition for The Hollywood DanceSport Championships. She danced a rumba to the recording of her own song “Chasin’ the Picture,” which was about “Sofia the First” ending. She earned a first-place medal for the dance.

Darcy Rose started homeschooling halfway through second grade and tested out of her high school program when she was just 15 years old. Because she is an Irish and American dual citizen, she joined both British Equity and Irish Equity and in 2016 went to Michael Howard Studio (NYC) to study with Patsy Rodenburg. During that time, she was back and forth from New York, London, Dublin and San Francisco, auditioning for conservatories. She was accepted into the Royal Central School of Speech and Drama, and The Lir, among other schools, but attended RADA (Royal Academy of Dramatic Art) for a summer intensive.

Darcy Rose ultimately decided not to leave LA since she was still working, so she came back and started at Upright Citizens Brigade (UCB). At UCB, she studied longform improv, some specialty forms and specifically musical improv, graduating in 2018. She auditioned for UCB’s musical mess hall team, which became known as Power Play. They performed in the Inner Sanctum, the Mainstage at UCB Sunset and UCB Franklin. They even had the privilege of performing in the first Del Close marathon held in LA. Darcy Rose also went on to produce musical improv and stand-up comedy shows in the Hollywood Fringe-two of which won an encore extension award, as well as winning the Burbank Comedy Festival two years in a row as a musical stand-up comedian.

Darcy Rose is also a prolific writer who has written more than 200 songs and plays 20 different instruments. She has a passion for learning languages and is most fluent, besides English, in American Sign Language.