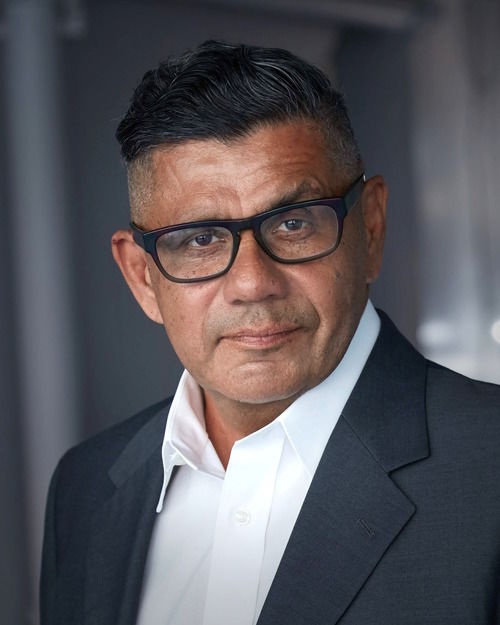 Michael J. Gonzales is an actor and composer living in Los Angeles. He discovered his musical inclinations at 10. He performed his first original piano composition at 15. By the time he was in high school he was working as a professional musician. At 30, Michael turned to music composition where he spent most of his career working as a musician and film composer. As a composer, Michael scored many films including the controversial Sundance film, Better Luck Tomorrow by Justin Lin. He also has a long-running musical collaboration with Carlos Gallardo of El Mariachi fame. He has scored multiple projects for this actor, filmmaker, and friend. As a lifelong musician, Michael has worked steadily in Hollywood and around the world as a pianist/keyboard player. He played in Maria Conchita Alonzo’s Telemundo talk show band and was the pianist at the legendary comedy club, The Comedy Store on L.A.’s Sunset Strip for many years. He has worked as an actor in film and television. Michael has co-starred on Snowfall, S.W.A.T, and Too Old To Die Young. He was also on the season finale of 2 Broke Girls. Michael has shared the screen with many known actors such as Miles Teller, James Brolin, Jennifer Coolidge, Nat Faxon, Matt Dallas, and Kevin Dillon.

He is also currently shooting a film that he wrote and is acting in about Richard Ramirez, “The Night Stalker.” The film is directed by Allan Wasserman and also stars Carlos Carrasco, best known for Blood In, Blood Out, Star Trek: Deep Space Nine and Speed.