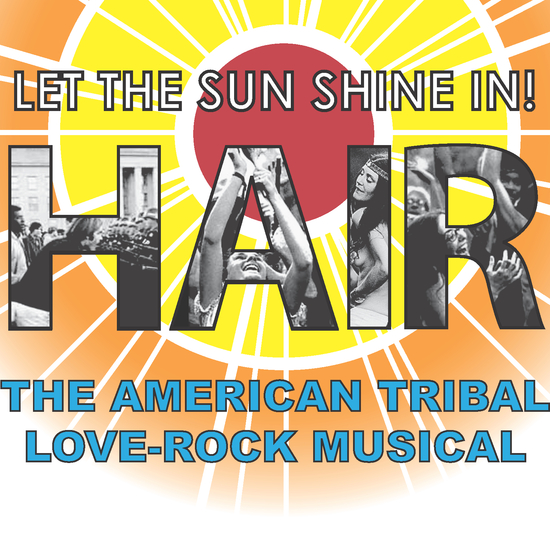 With unforgettable music and characters, HAIR remains an audience favorite, long after its Broadway debut in 1968. Indeed, the 2009 revival cast recording was Billboard’s top-selling Broadway album, and the original cast recording remained at #1 on the overall Billboard chart for 13 straight weeks!

High-energy songs like “Aquarius,” “Let the Sun Shine In,” “Good Morning, Starshine” and “Easy To Be Hard” continue to stir theater audiences as they join a “tribe” of politically-active New York City friends searching for answers in turbulent 1967.

Though the long-haired bohemian companions may look different in style from today’s youth, they face the same essential struggle define themselves and society.

Join theTRIBE in celebrating the love that is HAIR!