I Am Not My Mamma 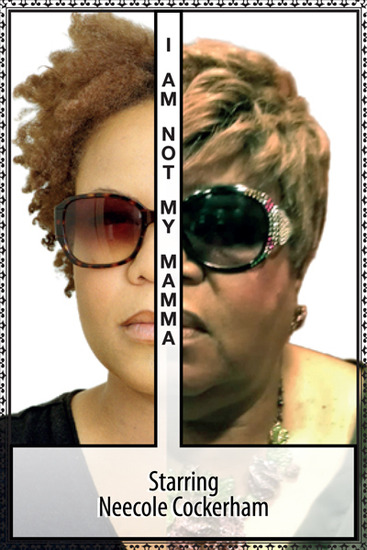 “I Am Not My Mamma” Is a one woman serio-comedy. The show is a coming of age story about the trials and tribulations of a Hollywood commercial queen journey to avoid becoming her mother. It is character driven and filled with gut busting stories about growing up amist a varitable pantheon of people and traveling. Eventually Neecole’s life hits a bump in the road and becomes an emotional roller coaster that makes the show all too real…The show is writer, producer,actress Neecole Cockerham’s first jab at evoking emotion for longer than 60 seconds.