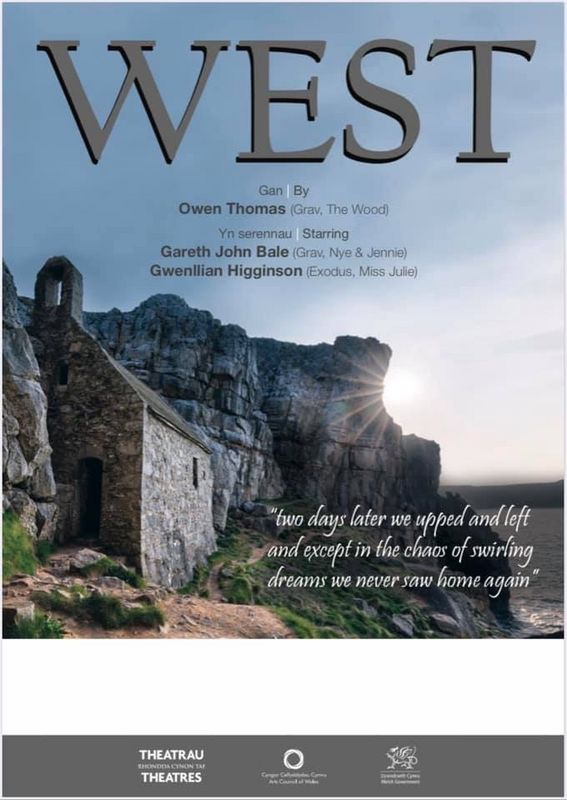 “The verse flows through the voices of the actors with grace and ease and portrays an affecting sweetness of love, while underneath is the truth of exile. To be so far from home.”
www.theatre-wales.co.uk

This West Coast Premiere by award-winning Welsh playwright Owen Thomas and starring acclaimed Welsh actors Gareth John Bale (who also directs) and Gwenllian Higginson, lyrically tells the hauntingly beautiful story of a couple who fall in love and decide to leave Wales in order to build a new life in the New World.

The play is set during the 19th Century when countless people left their homeland of Wales to seek their fortune in the United States. Many wanted adventure, the chance to own their own land or simple the chance to start again. Along the way, these emigrants faced many dangers and tribulations. Some succeeded, some gave up and some fell by the wayside. Those who made it went on to establish roots and bloodlines that grow and flow through the United States to this very day.

From the team that brought you the 2012 Hollywood Fringe Best International Show “Richard Parker.”