THE BENEFIT OF HINDSIGHT 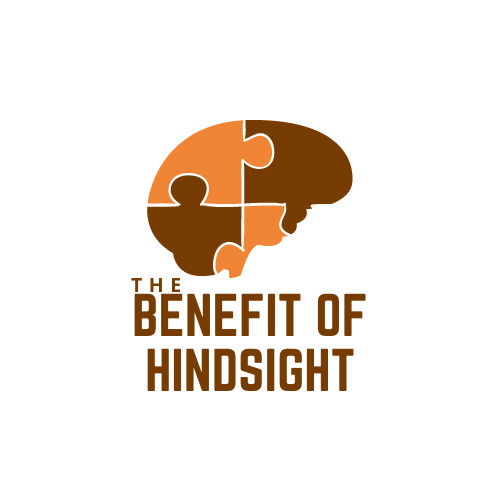 We dedicate this production to the memory of our bookwriter/lyricist, Wayne Self, who left us too soon and will only be able to be with us in spirit. We will try to do you proud, Wayne!

“The Benefit of Hindsight” is a two-person full-length one-act musical which tells the story of Lizzie and Sammy. Lizzie gets a visit from a version of herself from the future, determined to make sure she does not make the mistake of marrying her loser fiancé.

The Liz from the future breaks off the engagement, which causes Sammy to become a bitter but highly successful screenwriter. Sammy’s success causes a second version of Lizzie to visit from the future in order to try to keep the couple together. The time-rifts start overlapping, and at one point in the show, Lizzie’s body is being fought over by no less than four versions at once.

As much fun as the simultaneous Lizzies are, the heart of the show is the relationship between Lizzy and Sammy. Sammy never gets over the betrayal of the original breakup, and it haunts every version of their future together.

“The Benefit of Hindsight” won the 2020 Search for New Musicals. With a cast of two, a simple set; pre-made tracks or live band, it’s a lovely evening which examines the nature of roads not taken.

Book and lyrics by Wayne Self; music and additional lyrics by Scott Wilkinson; starring Megan Reese and Christopher Robert Smith.