The Erroneous Count of Monte Cristo 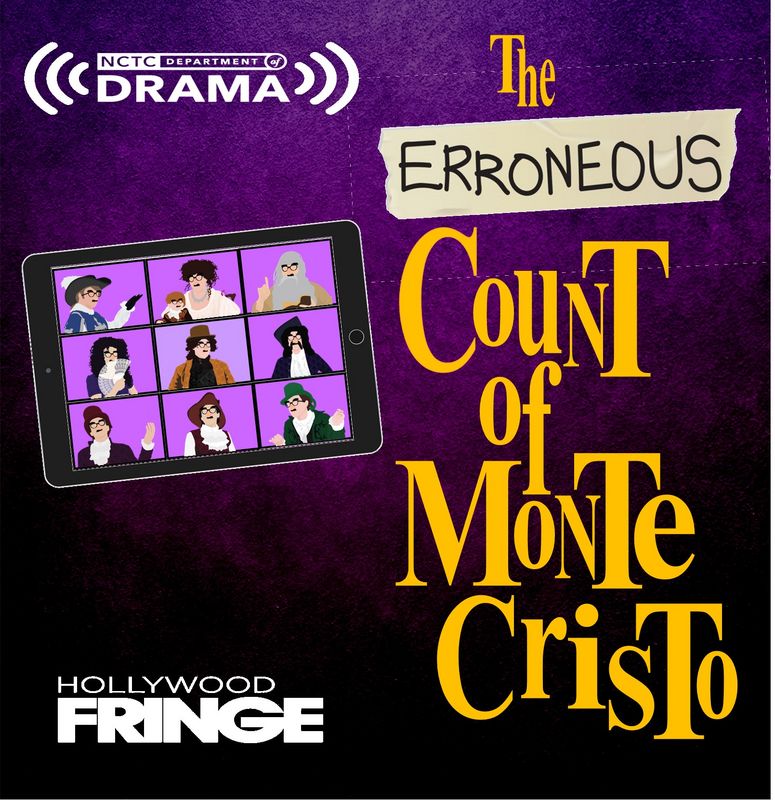 The Erroneous Count of Monte Cristo is a comic tour de farce based on the classic adventure story by Alexandre Dumas and adapted by Thom Talbott. The performance is produced by NCTC Drama, a community college in North Texas and will be presented as part of the 2021 Hollywood Fringe.

For those who are unfamiliar with the story, Edmond Dantès is framed for a crime he did not commit and imprisoned; however, after a series of farfetched plot devices he escapes from prison, finds a fabulous treasure, and is able to exact a horrendous revenge on those that betrayed him. However, our erroneous telling of the tale takes a pivotal plot point and turns it on its ear thereby spinning the story into a hilarious new direction.