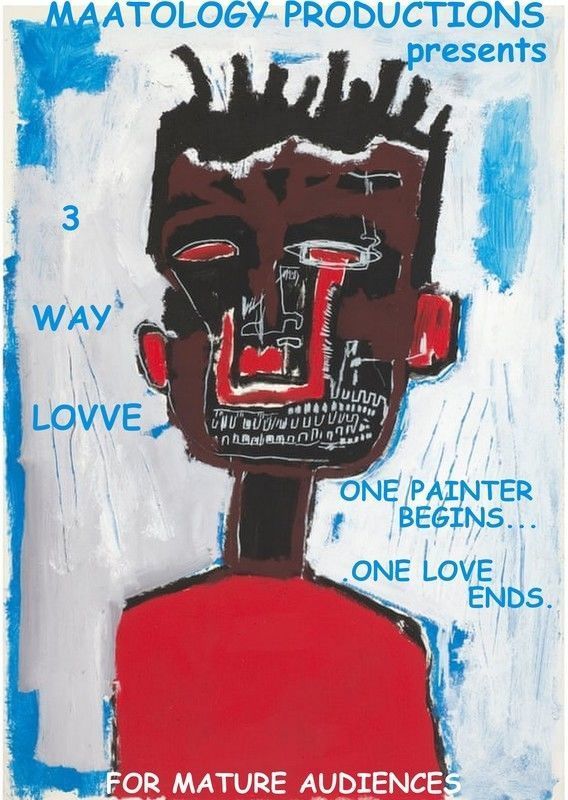 3 Way Lovve is a modernized Shakespearean tragedy with its lead character, Willie Kenwood aka Lovvespear, a talented street painter who is discovered by an art tycoon, Guy Kenwood, who adopts him in his late teens, molds him into a famous graphic artist and uses him well as his secret paramour. Throughout his artistic journey, Willie develops a relationship with his female muse, Robyn, who helps him early on in his art career by giving him solace to paint at her Mafia-run coffeeshop which she manages.

Willie also meets and marries his college professor, Shareen, whose age differences and challenges of child bearing become the thrust of their relationship woes. Told from a flash forward-to-flashback-to-present perspective, 3 Way Lovve (which will broadcast live on Zoom and seen on Facebook Live and You Tube Live)is loosely based on the life of the late, renowned painter, Basquiat and his relationship with a then unknown upcoming singer, Madonna and his mentorship with pop art icon Andy Warhol—it also has a bit of Shakespearean dialogue from the lead character to give it “an Othellowean flavor” a graphic-filled storyboard and various musical interludes to help tell this virtual, provocative tale.

SEND YOUR EMAIL ADDRESS TO [email protected]COM TO RECEIVE THE LINK TO VIEW THE LIVE STREAM AFTER TICKET PURCHASE. THE LINK WILL BE SENT AN HOUR PRIOR TO THE SELECTED DAY AND TIME OF CHOICE.