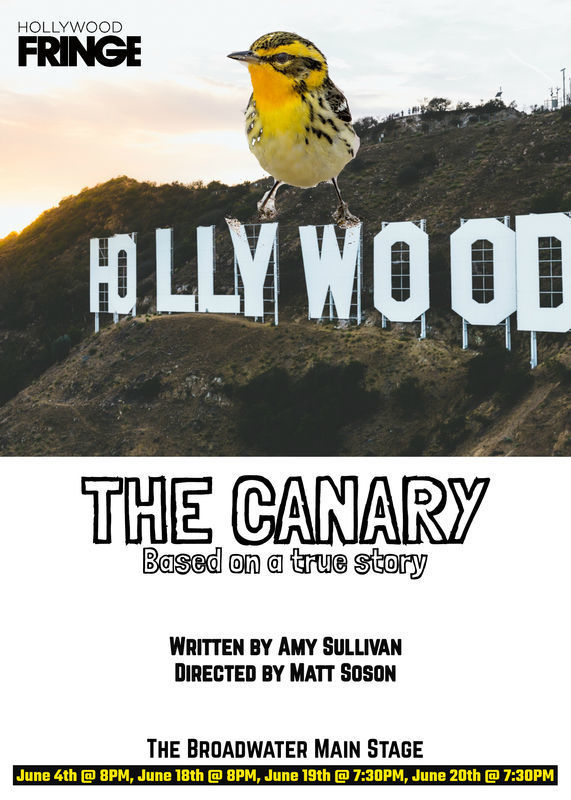 You wanna work in Hollywood, you say? Anyone who knows their stuff knows that any career in Hollywood starts as being an assistant. Coffee runs and rolling calls. Adult temper tantrums and screaming tirades. Excessive errands and…rare canaries? “The Canary” is a one-act comedy based on a true story that tells the story of an overworked Hollywood assistant and the impossible task she has been faced with: to find a rare canary in one day. We follow Holly through Los Angeles, hear from her mother and teenage sister back in Ohio, and we meet her infamous boss: the cocky director of some critically (un)acclaimed movies such as “Dude Road”, “Peanut Butter Surprise” and “Sharks!”.

Just when she’s about to achieve Assistant-Fame, Holly meets The Canary, an African Lizzard breed shipped here illegally from Africa and guess what? He’s got dreams too! He wants to see the Hollywood Boulevard, he wants to go to The Grove, he wants to drink a martini at SUR, goddamn it!

Between our two protagonists, the illegal animal-importers Chaz and Khloe, and the Greek Chorus of Fellow Invisible Assistants, you are in for a visually dynamic show with quippy dialogue and relatable references to the film/tv industry. Holly and The Canary’s journeys are now twisted together by a cruel hand of fate and they must save each other and continue their own Hollywood stories, for better or for worse…

Written by Amy Sullivan based on a true story and her experiences as a Hollywood assistant, “The Canary” strives to unite all those out there with a dream. We want to convey the message of pursuing your own Hollywood story; whatever that may be. Everyone in Los Angeles is connected through this wild, up & down, heartbreaking, moneymaking journey we are all on and this comedy brings us together to remind us that every story starts and ends differently, and that’s okay.