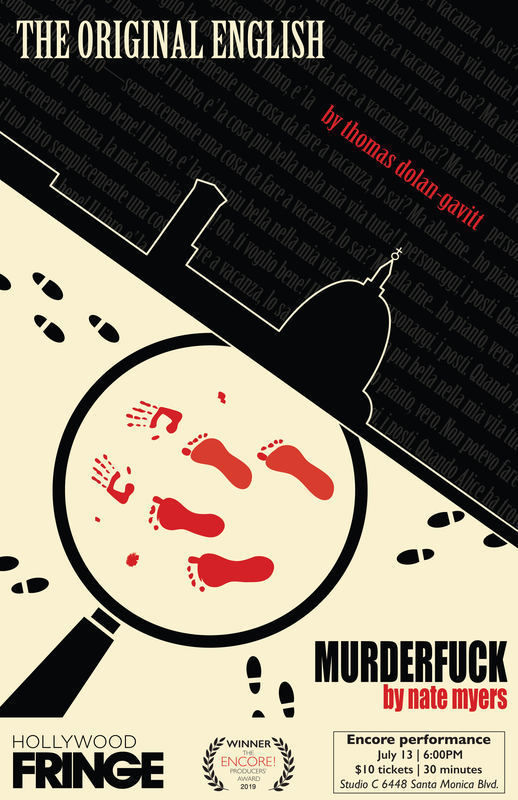 Two short comedic plays – back for one night only!

THE ORIGINAL ENGLISH: An American writer discovers that his latest book has become a smash hit in Italy—but not for the reason he expected. Written & directed by Thomas Dolan-Gavitt.

MURDERFUCK: Two detectives descend into the criminal underworld to investigate a dangerous new sport known only as Murderfuck. Written & directed by Nate Myers.

“We laughed out loud and enjoyed every minute.” – Tommaso B.

“[The Original English is] [i]ntelligent, subtle and fun.” – Matteo G.

“[Murderfuck] is a physical and linguistic spectacle that must been seen – and heard – to be understood and believed.” – CJ H.