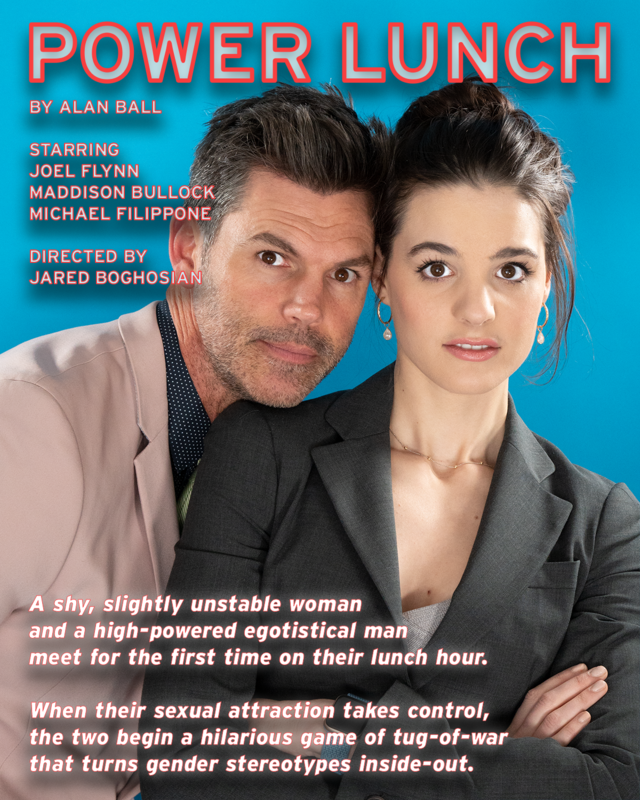 A one-act comedy by Alan Ball

Over a ‘power lunch’, a highly ambitious couple battle for power and control of their relationship even though they’ve just met. The play takes a satirical look at sex, gender and relationships in a society that values image over personal integrity.

A slightly unstable woman and a high-powered, egotistical man meet for the first time on their lunch hour. Both are successful business professionals with notoriously bad track records at connecting with the opposite sex. When their sexual attraction takes control, the two begin a hilarious game of tug-of-war that turns gender stereotypes inside-out and the modern “American Dream” into an absurd hallucination.

Downtown writes, “[Ball] demonstrates a painfully lethal awareness of the convoluted games our generation has been consigned to play after we decided 20 years ago that we wouldn’t play any more games.”

The cast includes Maddison Bullock as Woman, Joel Flynn as Man, and Michael Fillipone as Dorothy/Donald.