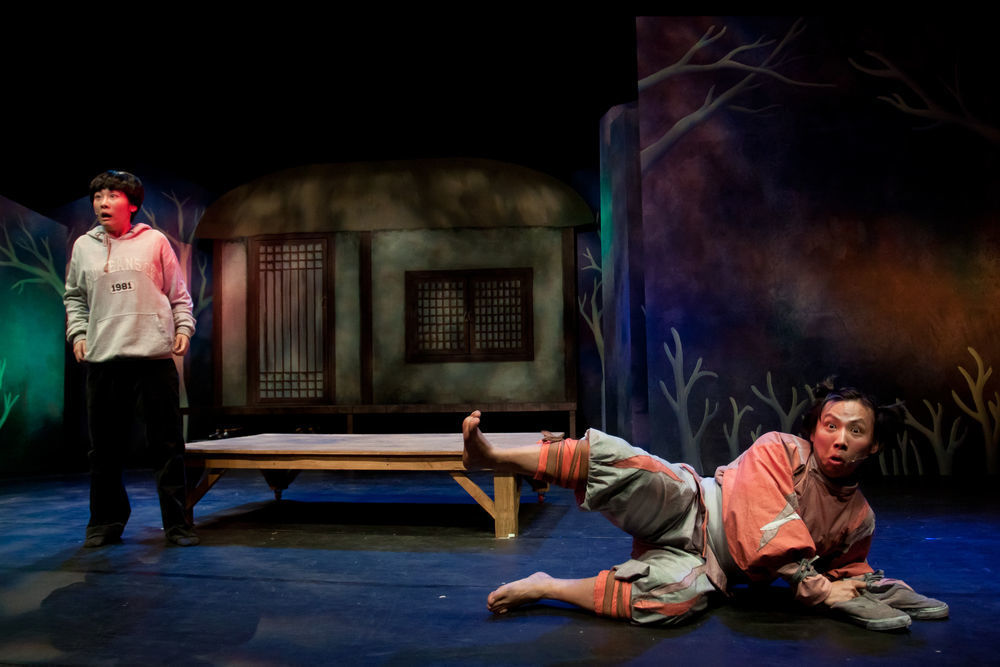 It is based on a Korean traditional folktale of ghost like character who comes from the underworld only on New Year’s Eve to take a pair of shoes that fits him. The tale says the owner of the stolen shoe will become unfortunate, sick or even dead. Thus, it became a custom for Koreans to hide their shoes on the night of every New Year’s Eve and hang a sieve in front of their house.

The ghostlike character think himself smart but he can’t even count numbers greater that four. So he keeps counting and forgetting the number of the holes on the sieve until the day breaks. Then he has to return to the underworld without shoes.
Jungho is a lonely child who was sent to his auntie’s house alone. While he struggles to adjust in a new environment with extraordinarily strong auntie; a ghost seeing grandmother; and two troublemaker cousins, he encounters the ghost who come to steal his shoes. The whimsical story of this strange friendship, and the mysteries of this ghost’s before life unfolds.