Anderson Lena and the Things That Don't Matter 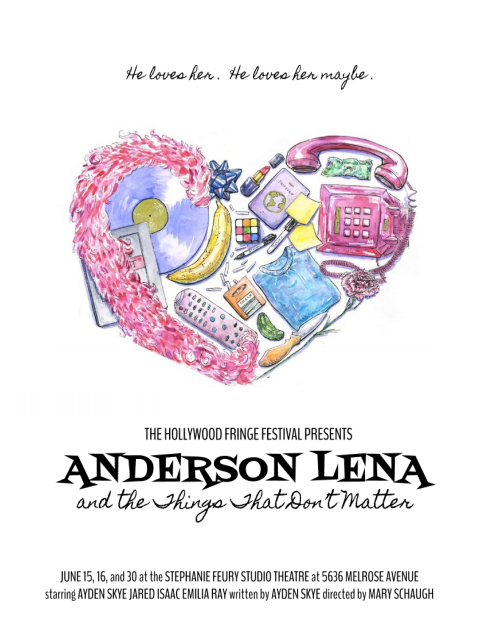 In 2012, researchers at Northwestern University concluded that when we recall a memory, we’re not actually the recalling the memory, but rather the memory of the last time we remembered it, thus irreparably distorting our perception of the past. This is a play about that.

With an offbeat yet authentic voice (and a structure to match), “Anderson Lena and the Things That Don’t Matter” explores the unsettlingly distinct possibility that objective truth is about as real as a fluffy pink unicorn. It starts off simply enough….but three characters, two timelines, and one over-analysis later, you’ll leave questioning every memory you ever held dear. But, you know, in a cool way.