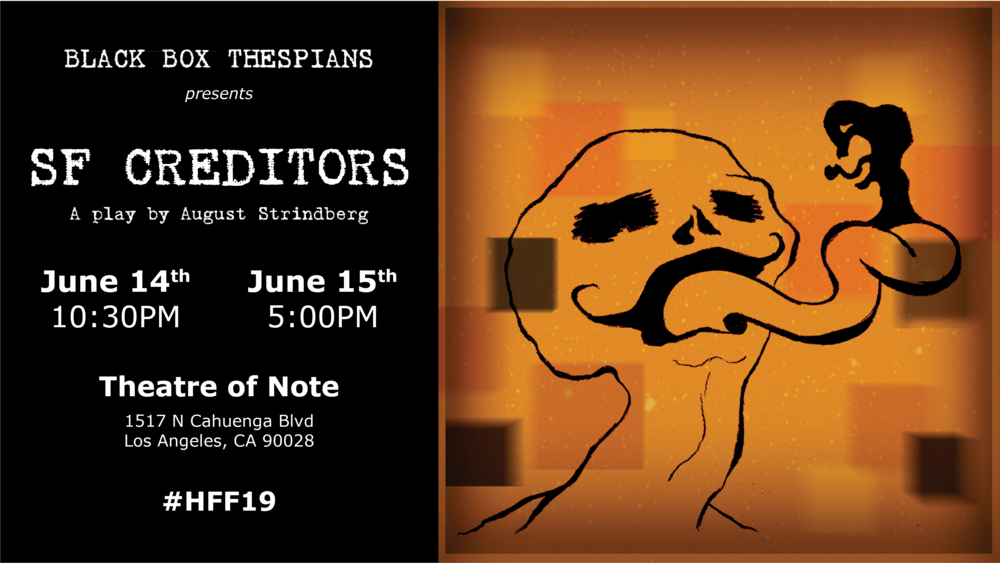 Creditors has been described as August Strindberg’s “most mature work;” it’s a story about manipulation and revenge dressed up as a story about self-realization and individual liberation; however, as the story unfolds, this couldn’t be further from the truth. Gustav befriends Adolph whom he really wishes to physiologically disassemble because Gustav has ulterior motives that unfold like a snake slowly eating its prey; it’s anything but a clean kill, though. Gustav claims he can help Adolph with some developing concerns growing worse in Adolph’s life because Gustav “was once as weak” as him, which solidifies the trust Adolph eventually finds in this stranger whom he now needs to put his life back in order as a real man would.

Gustav can be best described as a genius of physiological warfare, with a charming presence, and the living embodiment of “what does not kill me makes me stronger.” Think, Sigmund Freud and Charles Darwin with the worldview of Friedrich Nietzsche, that’s the stain-glassed image of Gustav; which, should be no surprise because Strindberg’s work was heavily influenced by all of these figures towards the end of the 19th century. Contrastingly, Adolph embodies the pious, delusional, and saddest ideals of manhood through a Darwinian prospective; a weak martyr who “watches his guts pulled from his stomach” without contempt. What connects Gustav and Adolph, what originally peaked Gustav’s interest in this fragile man he doesn’t know? Tekla, Adolph’s current wife and Gustav’s ex-lover. In truth, this is one of the most toxic love triangles in all of modern theatre with enough strange notions of masculinity, femininity and gender expectations to make a modern audience nausea; it’s not because its a relic of a distant past, but because it’s a dormant reality that feels like any fuel can spark it again. Cynicism is salvation for Strindberg in Creditors, burning down the foundation and exposing our worst angels is how a cynic goes about reconstructing a soul from the ashes: plant a seed of doubt in the mind of a weak individual and watch it grow into a fatal existential crises, and then see how his or her lover feels about the beloved once bewitched by malevolence.

“Some people seem to be born to suffer.”
— August Strindberg