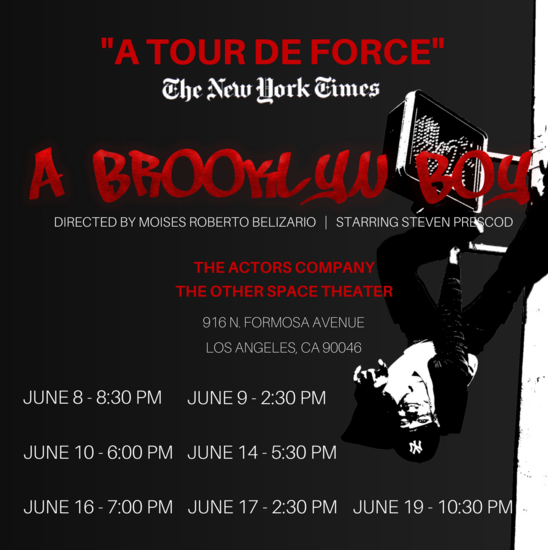 A BROOKLYN BOY is a riveting 60-minute spoken-word performance that portrays Steven Prescod’s coming-of-age story with a slightly different theatrical edge than a typical one-man show. Steven’s performance is full of soul music and dance.

Born in Brooklyn’s Bedford Stuyvesant neighborhood to a Grenadian mother and a Guyanese father, Steven was only one year old when his father was incarcerated. Steven grew up in a house surrounded by a variety of relatives who all had an impact on his life, many of whom are among the 32 characters Steven brilliantly portrays in the show. As an impressionable teenager, despite his efforts to break free from his neighborhood’s unyielding grip, Steven was constantly pulled back, ultimately leading to his arrest. While facing a seven-year jail sentence, Steven could have been another statistic or another headline. However, he was given a second chance at life.

Steven’s gut wrenching story is unique, yet universal to all urban youth.