Am I Black Enough Yet? 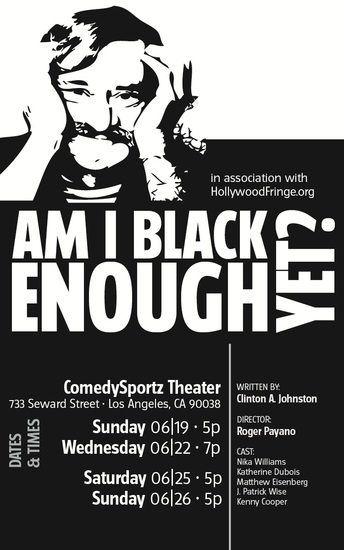 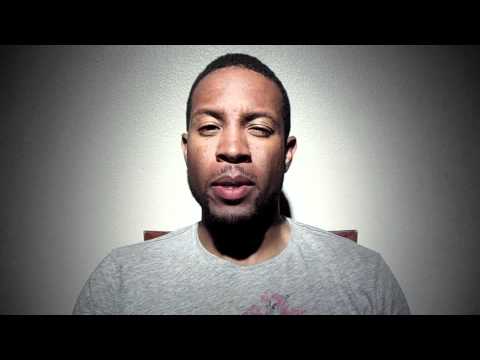 No matter who you are, or where you come from, for one night you get to be African American in this touching, thoughtful, and hysterically funny look at the state of Blackness in America. Written By Clinton A. Johnston, AM I BLACK ENOUGH YET? was first performed at No Shame Theater in Charlottesville Virgina and then remounted twice due to popular demand with The Hamner Theatre & Charter Theatre in Washington D.C.!

LA Theatre Review says: “Am I Black Enough Yet? could be about a lot of things. Thankfully, it transcends heavy handed cultural and ethnic issues to find a balance of humor and heart that, let’s face it, is probably more endangered in today’s theatre.” – Vince Duvall

The Washington Post calls AM I BLACK ENOUGH YET? “…a patchwork of poignant and satirical skits grappling with questions of ethnicity…Johnston’s bold tonal shifts add surprise and texture to the piece, which is always thoughtful…”

Potomac Stages calls AM I BLACK ENOUGH YET? “simultaneously delightful and thoughtful…The strength of this piece is in its language, its humor, its humanity and its generous spirit – not in elaborate sets or visual effects. It is an enjoyably engaging evening without rancor but not without a strong viewpoint.”

AM I BLACK ENOUGH YET? has just enough bite to make a point without puncturing, posturing, or preaching.