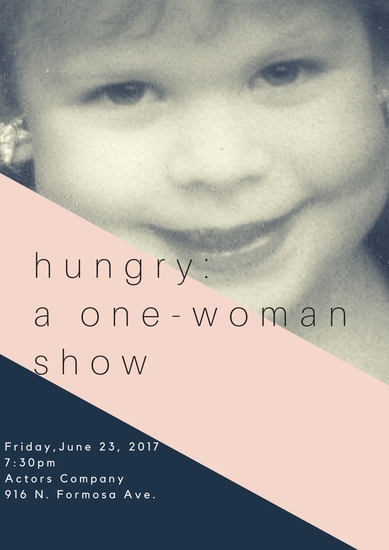 Leah Rae Hulgin is a writer and performer based in Los Angeles, California. She holds an MFA from UCLA’s School of Theater, Film, and Television and is a graduate of the Second City Hollywood’s Conservatory. She is currently a student at The Groundlings. This solo performance tells the story of the most difficult struggle she has ever faced.

Hungry explores the psyche of a young woman struggling with anorexia. Through a series of character monologues, the audience will learn the various sides of the disease, ranging from addiction to neuroses. This candid and comedic look at the personalities that steal the identity of a sufferer also include anecdotes from those seeing the disease from a third person point of view.