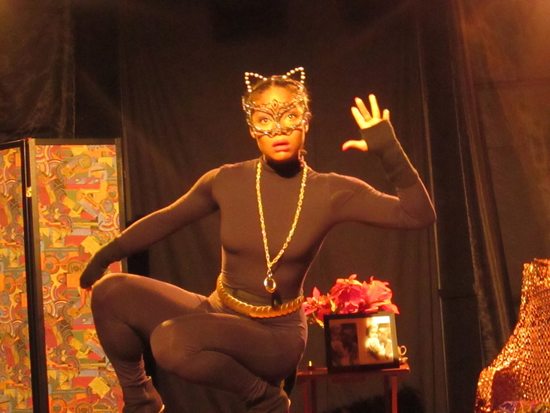 Eartha Mae, a weird little yellow gal from a small town called North in South Carolina, turned Eartha Kitt, “THE MOST EXCITING WOMAN IN THE WORLD”…according to Orson Wells. She spoke up to Ladybird Johnson at the White House and was blacklisted by president Lyndon B. Johnson from working in America for 6 years. He sent the CIA on her, they made up all kinds of tales, formulating stories out of what they knew to be true turning them into wicked fabrications for the world to feast on. Nevertheless Eartha persisted. She built a coat of armor using her imagination, the fullness of her heart and an unwavering trueness to herself only leaving people with the impression that she was a little lady with a big EGO. Some loved it, some hated it, but no one understood it. Herein lies explanations and explorations of a life misunderstood. A lonely life. The life of the self proclaimed “Sex Kitten”, Eartha Kitt.

Tony, Grammy, Emmy nominated, Eartha Kitt change the game, without changing herself. Check the tapes! (aka youtube) This show was created to #putsomerespectonhername.