The Imp and the Troll 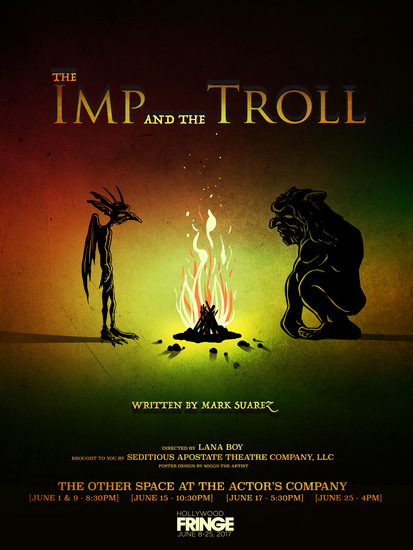 An imp and a troll live together in a cave. They have brief conversations as they pass each other on their way in and out. The imp comes in at dusk and the troll comes in before dawn. The imp spends his time alone humming and singing to himself. The troll, on the other hand, spends his time mumbling as he eats his meat. The detest each other and fear the outer world ruled by men. In their domain, they vie for dominance over the fire, the cave, and each other.