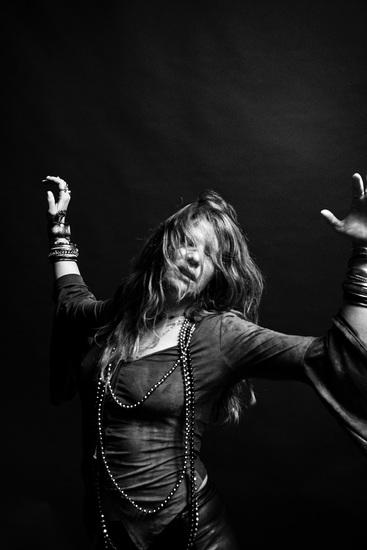 “In this one woman show, Arianna Veronesi delivers a poetic, graceful look at Janis Joplin. With a thought-provoking performance at its core, this glimpse into an artist’s soul is deeply moving.”
MY HAUNT LIFE
link to the full article: http://www.myhauntlife.com/hollywood-fringe-fest-week-three-reviews/

“It’s a heartbreaking and riveting play. Ms Veronesi captures Janis Joplin in exquisite detail and looks uncannily like her. Everything she poured into her music, her vulnerability, her self-consciousness and her pain, was there on stage in all their raw beauty. Ms Veronesi’s Janis is full of life and wonder.
I can’t take it out of my head… in a very good way.”
Nohoartdistrict.com
link to the full article: http://nohoartsdistrict.com/restaurants/restaurant-reviews/item/5177-hollywood-fringe-my-janis

My Janis is a window into Janis Joplin’s private world as she struggles to find her identity in the summer of 1966. Joplin spent a reclusive year at her parents house in Texas after she nearly died from speed and alcohol addiction in San Francisco. At 23, she works hard to fit in and get rid off her destructive habits: she goes back to college, gets a part time job, goes to psychotherapy and waits for her boyfriend to come to marry her… He never shows up. But she keeps singing. She keeps having very controlled fun. While on a vacation with her friends in Austin she waits for a call from her old friend, Chet Helms who is now a big manager in San Francisco. Things are changing fast with the music revolution and the hippie movement and he wants her to sing for one of his groups “Big Brother and The Holding Co”. Janis doesn’t know what to do. She is scared of San Francisco – scared of her own monsters, but this is her dream come true, after years of failures. Can she finally be true to herself and be loved for what she really is?