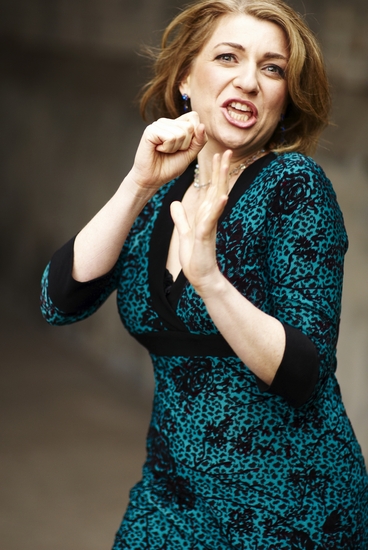 As seen at Comedy Festivals across the galaxy and an International Finalist on NBC’s ‘Last Comic Standing’, Australian Comedian and Musical virtuoso Jackie Loeb explodes onto the Hollywood comedy scene with the US debut of her brand spanking new show JACKIE LOEB SINGS THE WORST SONGS EVER WRITTEN.

Come and laugh at the most cringe worthy musical extravaganza ever to be staged! Comedian Jackie Loeb puts her vocal chops and reputation on the line to perform some of histories most appalling and pathetic excuses for songs.

This promises to worse than a Britney and Milli Vanilli concert combined! Thankfully Jackie has some artist integrity and will actually be singing using her own voice. I know, how insane!

So what songs will make it onto the list? Jackie promises to unveil the most ghastly and ‘I need to be sick now’ ditties ever recorded.

Armed with her electric guitar, keyboard and yeah a couple of backing tracks, Jackie will spew out some of your all time worsies.

“One of the top 5 comics.”
The Sydney Morning Herald

“Jackie Loeb had the crowd in laughter induced agony.”
Time Out, New York

“Definately the pick of the crop was Jackie Loeb from Australia.”
The Cape Times, South Africa

“Her masterful keyboard skills allow her to ape any genre."
Drum Media