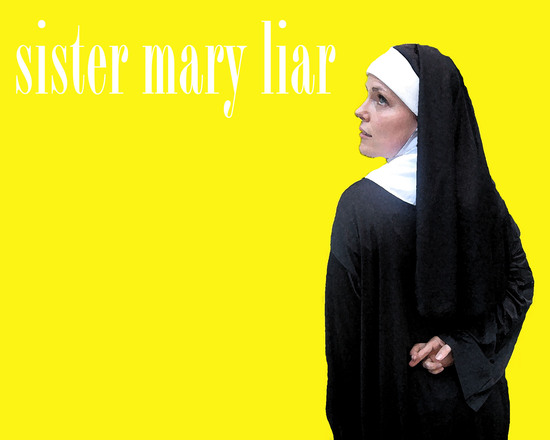 When Carla volunteered at a convent, the sisters assumed she wanted to become a nun. She did not correct them. In fact, she lied. “Sister Mary Liar” is a solo-play about a woman trying to overcome a mountain of misunderstandings between herself and God. Written and performed by Carla Snowden. Produced by Chris McGowan.

This is Carla’s second appearance at the Hollywood Fringe Festival. In 2010 she performed her solo-play “Girl Overboard” at the first annual Hollywood Fringe, iO West, Out of Bounds Comedy Festival (Austin, TX), as well as a sold out performance at the Comedy Central Stage in Hollywood. You can view excerpts from that show in the picture bar at the top of this page. “Sister Mary Liar” was workshopped at the Upright Citizens Brigade Theatre in the spring of 2008 and at iO West in 2010.