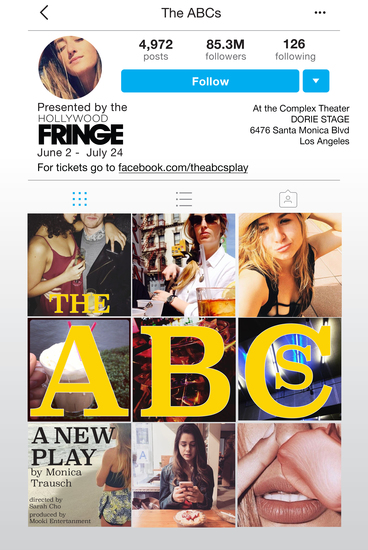 Please be advised there is no late seating to The ABCs

The ABCs explores fantasy and the imagination in the lives of teenage girls. Navigating the realm between childhood and adult hood, teenage girls are forced to give up the trappings of the young, like imaginary friends. They are thrust in a new, technologically unimaginable adult world filled with fantastical idols like the Kardashians. How can we ask teenagers to give up one fantasy for another? What happens when fantasy, imagination, and social media blend? How do teenagers navigate the world today when their “stories” can only be ten-seconds and will literally disappear on apps like Snapchat? The ABCs follows one girl, Dakota, on her quest for achievable perfection and fantasy fulfilled in a world that tells her that this is possible.