'The King of Soho' 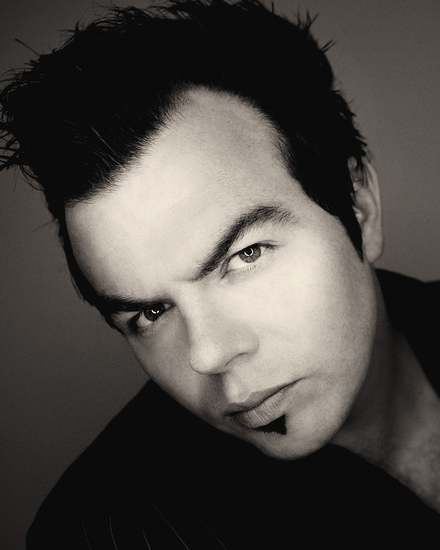 Irish International singer Jack Lukeman premiers his show “King of Soho” at the Hollywood Fringe Festival. Jack brings the audience on a potted history of his 6 Platinum Albums along with his newly released album ‘The King of Soho’. Jack is winner of the ‘Best Music Award’ at the San Diego Fringe Festival 2014-2015, The Edinburgh Fringe Festival 2014 and the German Recklinghausen Fring Festival 2014. Along with being the only Act to play Glastonbury (UK) 3 nights in a row, Jack has played and worked with such luminaries as  Golden Globe nominated composer  Brian Byrne, The  Nelson Riddle Orchestra, The Brooklyn Philharmonic Orchestra, producers Greg Wells and Craig Armstrong. He has also performed over the years supporting or alongside  U2, Ronnie Wood, Paige and Plant, John Lee Hooker, Elvis Costello, and Marianne Faithful, and has appeared at venues such as  Olympia Paris, The Royal Albert Hall, Glastonbury and the Lincoln Centre NYC.

Jack first came to prominence with his interpretation of the works of Belgian songwriter Jacques Brel, culminating in his album Wax. The release of Metropolis Blue followed, with the hits ‘Georgie Boy’ and ‘Rooftop Lullaby,’ propelling him onto the world stage, where he became a fixture on both US and European touring circuits.

During his 20 year career he has been invited to perform the work of ‘Jerome Kern’ in New York with the Brooklyn Philharmonic Orchestra, beneath the largest firework display in history. Always inspired by fellow songwriters, Jack went on to record the songs of Randy Newman, Leonard Cohen, and Neil Young, alongside classics from the Great American Songbook. He is a Muti-Platinum selling artist with his last release ‘The 27 Club’ climbing to the number one spot on it’s first week of release.

2015 saw Jack return to the UK for his own shows in Brighton, London, Plymouth and Bournemouth , along with performing to over 8,000 people at the St Patricks Day Festival in Trafalgar square London and finishing March with an intimate show at the famous Virgin Roof-gardens in Kensigton. He returns to the San Diego Fringe Festival in July and the Edinburgh Fringe Festival with his new show in the Famous Spiegeltent in August. He is launching his New Album in Ireland and the UK in October and will be touring Ireland, UK and Europe in the coming months.He also returns to tour with Jools Holland for his UK winter tour.

Jack will once again be returning to tour with Jools during the spring of 2016, along with touring Internationally and launching his new Album of his own songs later this year.

“ The most magnificent and enigmatic of performers.”
Edinburgh Spotlight Magazine – Scotland

“Jack Lukeman is the most singular talent to have emerged from Ireland in the last decade.”
The Irish Independent – Ireland

“Jack L’s voice is an irresistible force of nature.” The Irish News