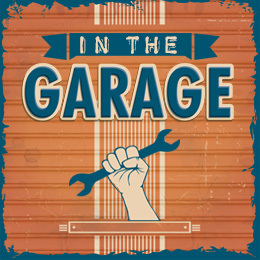 Studio C Artists is proud to present the next in their one act “room” series… IN THE GARAGE. This collection of brand new short plays is a collaboration of 3 producers, 4 directors, 8 writers, and 19 actors and is comprised of 8 plays that all take place in a garage setting. The shows cover a wide variety of topics – There is a nice mix of comedy & drama IN THE GARAGE… where you park your junk!

Studio C Artists will showcase each of the one-acts as part of an alternating schedule – 4 of the plays in one show (“Stand-Alone”) and the other 4 plays (“Attached”) in the next show. The performance dates and times alternate. Please check schedule for details.

MORE DETAILS AND TICKET OPTIONS FOR ALL PERFORMANCES AVAILABLE AT HTTP://ONEACT.STUDIOCARTISTS.COM

*Use the promo code “earlybird” to get $5 off General Admission seating up to 24 hours prior to the performance.

**Aisle Seating (chair placed in the aisle) and Standing Room (in the back) are also available for discounted prices – generally only desirable once General Admission seating is Sold Out. Go to http://oneact.studiocartists.com or contact the theatre at [email protected] or (323) 988-1175 for more information.