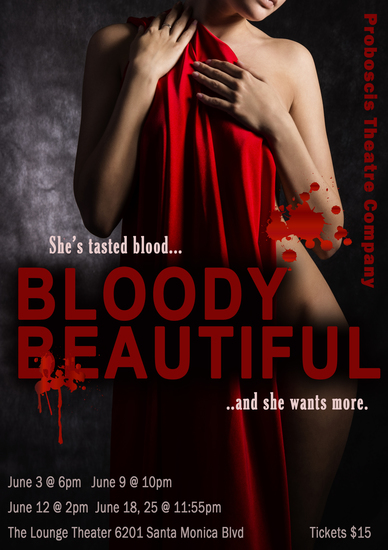 Fascinated by Erzsebet Bathory, the infamous Hungarian “Blood Countess,” Proboscis company member Erica Flor has developed a solo performance piece that confronts the question “how is it possible that a noble woman of the late renaissance could possibly have tortured and murdered over 650 victims within ten years?”

But somewhere in the rehearsal process, Erzsebet became much more than a character in Erica’s mind.

While Erzsebet wickedly recounts her life as well as how she takes over Erica without her knowing, Erica fights to keep the Countess only in her head. Will Erica be able to restrain the Countess? Or will Erzsebet take full command? (Not even Erica knows.)

This one-woman show will make you wonder how researching and portraying a killer with multiple mental disorders affects the psyche and identity of an impressionable young actress, what it means to be a woman with power, and how your own dark side might one day manifest itself.

Erica has been advised by friends and loved ones not to perform this show, for fear of losing control of her body and sanity onstage.
However, her therapist says it’s okay: “You’re not crazy. You’re an actor. And actors are crazy.”

Erzsebet has mostly complied to Erica’s terms, but insists that it is HER show, and that it WILL go on.

Nudity. Lots of blood. Lots of cursing. Lots of fun.