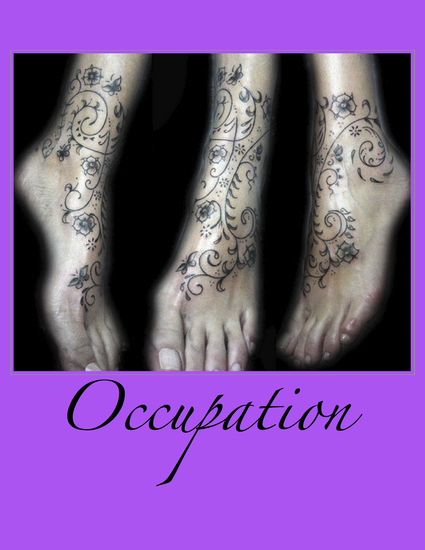 IT’S AMERICA. ALMOST NOW.
MOTHER, DAUGHTER, SISTER, SOLDIER. When, after a coordinated terrorist event, the government has taken over for “our own good” and the Occupation is five years in. Fear and paranoia have reduced us to a concentrated version of ourselves. All the men are gone, taken. They have been either forced to protect the borders, detained, or dead. In this shattered nation, who runs the world?…GIRLS.

Merri Biechler’s “Occupation” is an exploration of human endurance in a terrorist ravaged country. This world is separated into Patriots and Civilians with only the women left to do the work and quietly begin the revolution. An underground movement of young women calling themselves Civilians, raise their voices in a graceful, factious chorus of survival. Each one unapologetically grasping to their own unwavering belief whether it be for or against the new revolution. They all have a position, a focus, a job.

We follow five women as they grasp for hope and humor in their new role as survivors. One Defends. One Searches. One Delivers. One Tattoos. One Buries.