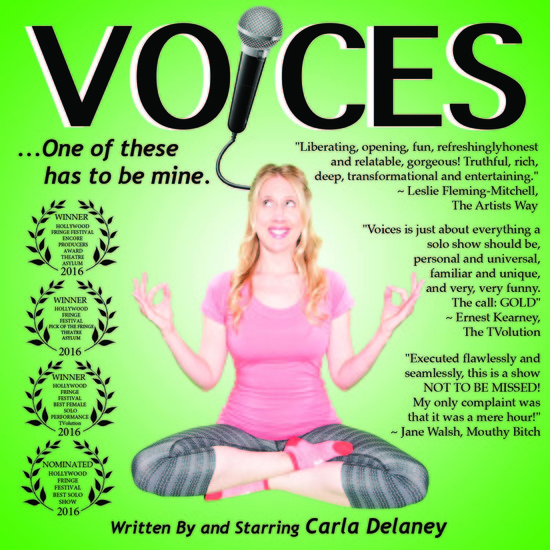 Carla Delaney can mimic any voice…Betty White, Drew Barrymore, Bart Simpson…to name a few. But using her own voice, now that’s a another story! In this hilarious and poignant one woman comedy, Carla meets the surprising voices of her head, her heart, her snotty respiratory system, and over 30 more, making her ask the question “is it noisy in here, or is it just me?” Voices debuted in the 2016 Hollywood Fringe Festival to much acclaim, winning The Encore Producer’s Award and Best Solo Performance By A Female. This March, Voices is an official selection of the 24th Annual LA Women’s Theatre Festival.