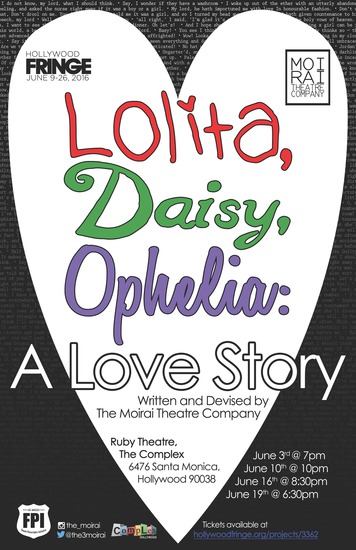 When 3 iconic female characters escape the traditional narratives that bind them, they finally become the subjects of, rather than objects in, their own stories. Together they discover what it means to have an autonomous voice. Devised by an ensemble of 3 women. TW: discussion of abuse and suicide.

Three notable female characters, Lolita, Daisy and Ophelia, who are the objects, rather than the subjects, of their own stories, meet in the present day and work together to rediscover and reclaim their own narrative voices.

When these women are given their own voices and allowed to take up space — physically, verbally, mentally, spiritually and emotionally — when they weren’t allowed to do so in their “own” stories, what will they discover? And what will we…?