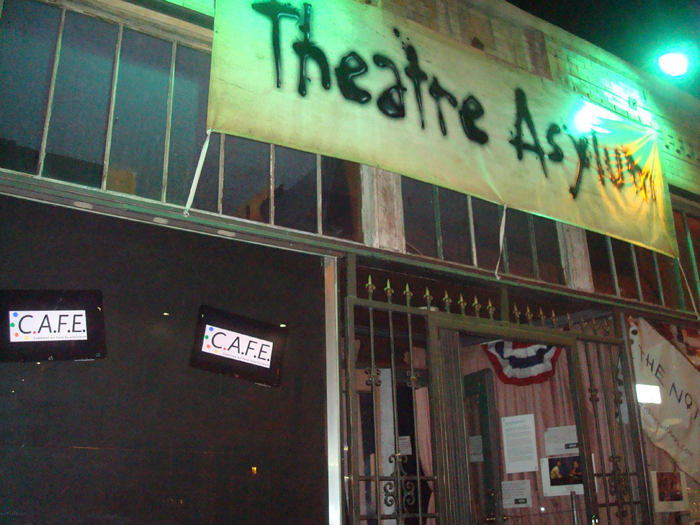 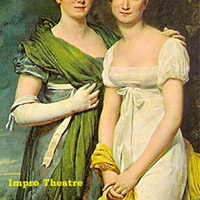 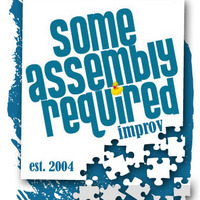 Mayhem and madness in this improvised Zombie musical.

Fully improvised play in the style of Jane Austen.

“Silly things do cease to be silly if they are done by sensible people in an impudent way.”
– Jane Austen, Emma

200 years ago, in a country house in rural England, Jane Austen was creating a small but brilliant body of work that still resonates with millions of readers worldwide.
She only wrote six novels in her lifetime. They are some of the most beloved tales of love and misunderstanding, wit and wisdom, and passion and betrayal ever written.
The world is clamoring for more Austen, and now, for the first time in two centuries, Impro Theatre will deliver a new Jane Austen story with every performance. Passionate, willful women flirt and joust verbally with handsome, brooding young noblemen. Hearts are broken, secrets are revealed and true love wins out in the end. Or does it? The essence of Austen’s timeless romantic comedies and social satires is brought faithfully to life by this expert team of funny and gifted actors, whose recent explorations of great literary figures include Shakespeare, Dickens, Sondheim, and Tennessee Williams.

This company’s natural humor, humanity and charm bring to life archetypes familiar to lovers of Austen’s work. The stories, fresh every night, live within the world she created. Love finds its path; strong, wise women have their day; and improvisers get their teeth into the hilarious character types who populate the stories. Impeccably researched and authentic, Jane Austen UnScripted garnered intensely favorable audience reaction during its sold-out opening run in Los Angeles in the spring of 2008. The show’s winning combination of warmth, fine acting and sheer fun is irresistible.

4-STAR RATING by Los Angeles Times Readers
“Impro Theatre’s gift lies in far more than improv’s expected one-liners and zingers–rather, their gift is the more subtle and complex art of storytelling…Austen would be pleased, indeed.” — Laist.com
“Gorgeous period costuming and language…the players will make you laugh and then inspire you to read the classic works for yourself…you will want to come back for more.”
— Kate West Reviews
“One thing that is for certain is the continued success of this outstanding group of actors and something absolutely not to be missed.”
— SoCal.com
“A talented team of eight performers executes right before the audience’s eyes… Amusing…funny take of J.A. that really takes off!”
— Accessibly Live
“Jane Austen UnScripted is a delicious combination of humorous wordplay and stiff upper lip mannerisms.”
— Entertainment Today