Danny and the Deep Blue Sea 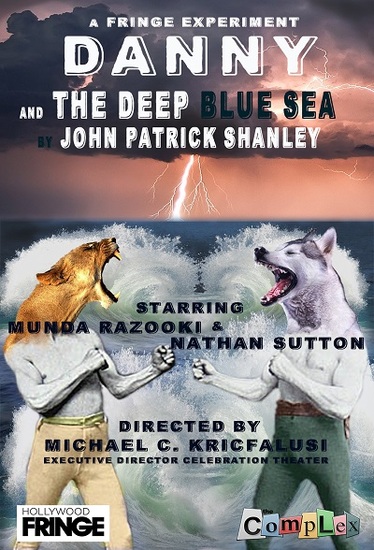 THE STORY: The setting is a rundown bar in the Bronx, where two of society’s rejects, Danny and Robert, strike up a halting conversation over their beer. Danny is a brooding, self-loathing young man who resorts more to violence than reason; Robert is a divorced, guilt-ridden young man whose troubled teenage son is now being cared for by his parents. Danny, whose fellow truck drivers call him “the beast,” seems incapable of tender emotion, while Robert, who is still haunted by the memory of an ugly sexual incident involving his father, is distrustful of people in general. And yet, as their initial reserve begins to melt, and they decide to spend the night together, the possibility of a genuine and meaningful relationship begins to emerge—the first for both of them. In the end there are no facile, easy answers, but thanks to the playwright’s skill and compassion, both characters are able to probe within themselves to find an exorcism and forgiveness that, while painfully achieved, offers the hope of a future touched, at last, with more than the bitterness and loneliness that had been their lot before their fateful meeting.