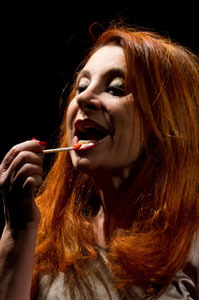 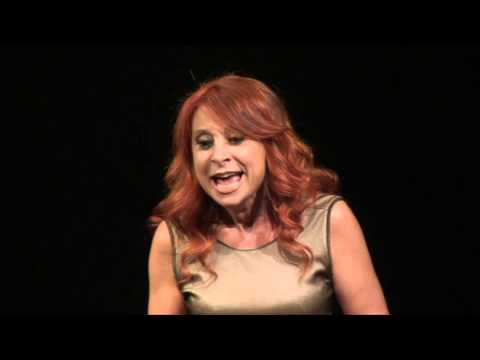 It’s an ironic monologue dealing with sex , by and with Anna Mazzantini.
In this “one woman show” a woman , alone on the stage, addresses the audience with a language that is sometimes explicit and sometimes poetic , exposing herself on the delicate issue of human relationships, trying to break down the invisible wall of hypocrisy and banality.
The show is a journey walking a tightrope between comedy and elegance , between fun and reflection, into the complex and articulated universe of relationships between men and women.
The author dismantles with wit and irony , one after the other, the taboos that from centuries surround women’s lives, dealing, in a comic and in the time sophisticated way, important issue for the women’s world: from self-esteem to the incommunicability between genders, from emancipation to passionate nature, always providing a scientific basis to her sentences. Staging the representation of the world of “eros” from women point of view is an act of courage that imposes the rebellion against certain social conventions, catchphrases and common places that pervade society. Yes, because when talking of certain topics, the eyes glaze over, hearth beats faster, cheeks turn bright red and lips hatch into a big laugh.
The producer Sandro Torella highlights the strong and willful language of the author that is at the same time elegant and emphasizes the redeeming trait of a show that makes transgression a topic to talk about with friend over a cappuccino. An hymn to freedom yelled by a woman that, with courage and irony, laughs and poetry, will make audience reflect about sexuality.. Much more that “sex and the city”!