NELL GWYNNE: A DRAMATICK ESSAYE ON ACTING AND PROSTITUTION 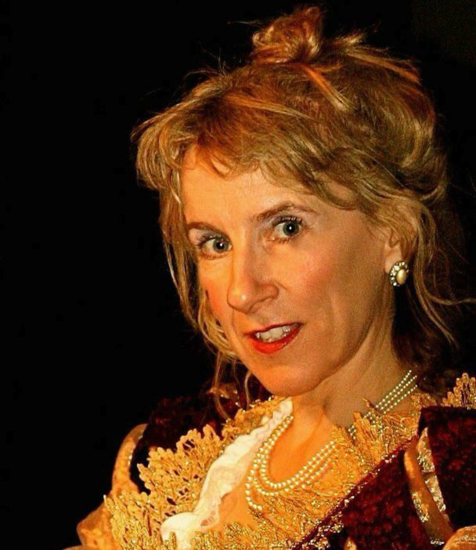 “Merlin’s turn is a tremendous tour de force of humor, emotion, and wit…It’s a spicy, droll, and ultimately rather sad solo show, written especially for lovers of history, and anchored by Merlin’s wonderfully accessible turn as Nell, who seems almost magically full of life.” [Paul Birchall, Stage Raw, Letter from the Fringe]

“Hard by Pall Mall lives a wench name’d Nell,
King Charlie the Second he kept her.
She hath a trick to handle his prick,
But she’ll never lay hands on his scepter!’

Combining fact and fiction, NELL GWYNNE – A DRAMATICK ESSAYE ON ACTING AND PROSTITUTION celebrates the life and impact of one of theatre’s first and most enduring celebrities. With a fine flurry of saucy stories from Nell’s life, this 45-minute one-woman whirl through history also poses serious questions about the legacy of women in theatre. Where lies the fine line between the actress’s craft and the casting couch? Expect some ripe Restoration language, as NELL GWYNNE draws upon the ribald rhymes of Rochester, the diaries of Samuel Pepys,the sexy notion of the first actresses on stage, and some good old Anglo-Saxon vocabulary! Music, history, charm – and oranges!

Actress/writer, Bella Merlin, is internationally renowned for her work on ‘acting with facts’, including David Hare’s THE PERMANENT WAY at the National Theatre, London, Lightwork’s SARAJEVO STORY at the Lyric Hammersmith, London, and her own piece on German actress, Tilly Wedekind, TILLY NO-BODY: CATASTROPHES OF LOVE at the Mondavi Centre for the Performing Arts, California. Director, Miles Anderson, is an internationally acclaimed actor of film, TV and stage, with awards for his performances at the Royal Shakespeare Company and the Old Globe San Diego.