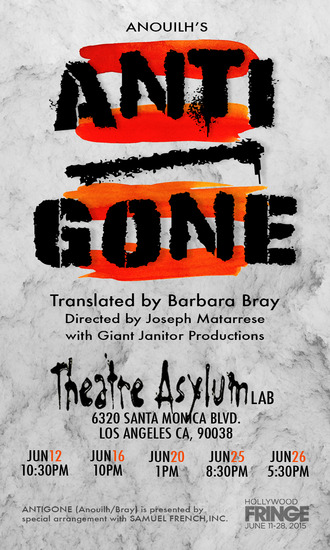 Creon, newly anointed King of Thebes, has declared that the rebel son of Oedipus must remain unburied while his hero brother receives a royal funeral. The youngest sister, Antigone, must decide between her family’s honor and her own life.

The exquisite language and relevance of the text today is both inspiring and action provoking; A “battle cry” for justice and self actualization in our contemporary era of indifference and futility.