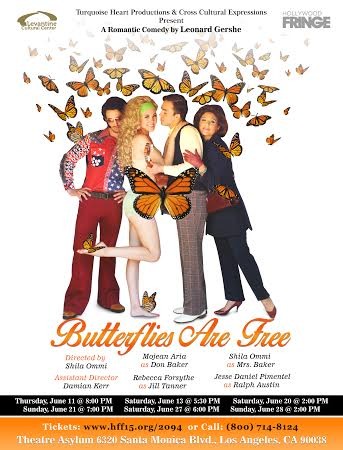 1960’s New York: young Don Baker, hero of his mother’s children’s book series, “Donny Dark” has been blind since birth, his overprotective mother following his every move. When Don finally moves into his own apartment to pursue his songwriting ambitions, he makes a contract with her that she will not come to see him for at least two months. One month has passed and she drops in unannounced. When she meets his kooky neighbor, sexy actress Jill, Mrs. Baker’s controlling instincts go into overdrive with hilariously touching results. This is a slight adaptation of Leonard Gershe’s original play in which Mrs. Baker an Iranian-American woman who moved to the States in the 1940’s. A few of the lines have been changed to Persian without confusing the audience.