THE GIRL WHO LOVED THE BEATLES 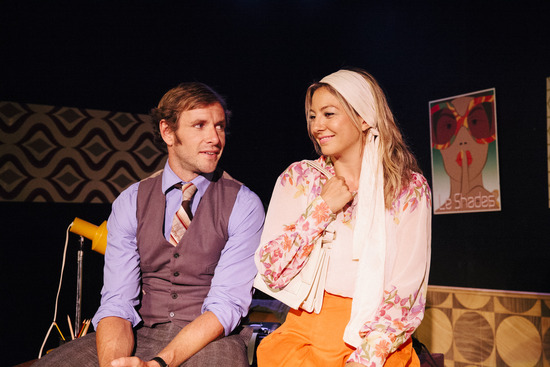 Having fled to New York from Oak Harbor, Ohio (and husband), Loretta, running low on funds, applies for a position with a one-man advertising firm — only to have the owner (Leonard) greet her with the news that he is going out of business
In fact he has to scratch to refund the carfare she spent coming to see him. But Loretta, who has come to the big city to ’find" herself and a better life, senses that the recently divorced Leonard may be the man she has been looking for all along

And Leonard, despite his determination to resist, finds himself drawn ever more deeply into a very funny and progressively more revealing conversation with the smitten Loretta

In the end their encounter makes both of them face up to some inescapable truths — about love, and life, and the need to find your own way, whatever the obstacles

An Off-Off-Broadway success which was performed extensively throughout New York City, and subsequently filmed for public television, this inventive and skillfully written comedy combines offbeat humor with some probing truths about big city loneliness and the need to fulfill one’s creative potential