We Can Be One: A Musical About Coming Home 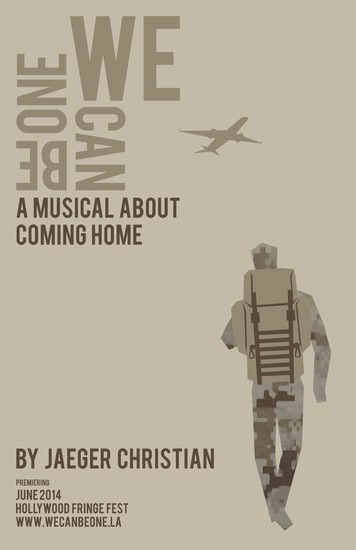 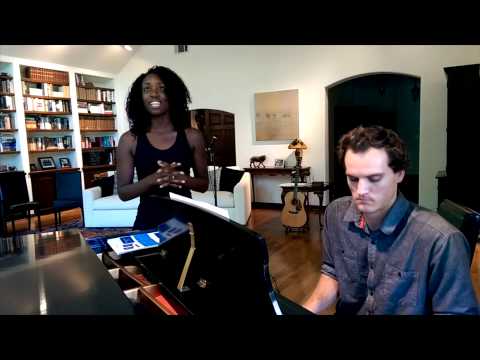 A stirring new musical premiering at the 2014 Hollywood Fringe Fest, “We Can Be One” delves deep into the hopes and fears that a decade of overseas wars have brought on today’s twenty somethings. Presented for five performances at Three Clubs Cocktail Lounge at 1123 Vine Ave., join our six young actors and two fine musicians for 70 minutes of original songs at this work’s world premiere!

Three friends meet in a bar to plan the welcome-home party for a fourth friend returning from Iraq. One young woman will head to the airport to pick him up in an hour, but she’s nervous – she was introduced to him via email, and has only seen him while using Skype. Today is the first day they meet. The other young couple in the bar is starting to strain – ever since he returned home, he’s stopped communicating, and his girlfriend is at a loss to help.

The cast of “We Can Be One” is comprised of a host of talented Los Angeles-based musical artists and actors. Singer/songwriter Malynda Hale stars as our hopeful young woman, and she plays opposite Nora Rothman as the woman struggling to deal with her PTSD-affected boyfriend. Michael Thomas-Visgar, recent graduate of Pepperdine University’s theater program, plays the young Marine returning for our night’s festivities, and Geordie Kieffer stars as the young man dealing directly with the consequences of his deployment. Featuring Stephanie Hoston and Mykell, as two friends there to help celebrate.