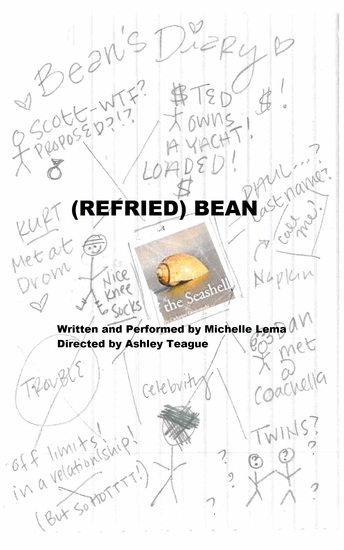 (REFRIED) BEAN is Part Two of the solo show BEAN, which was named Best of Hollywood Fringe 2011 and Top Ten of Fringe World Festival Australia 2012. In (REFRIED) BEAN, an unfortunate dating curse has been placed on Bean and if she can’t figure out how to break it, she will be doomed to go on awkward and terrible dates – forever!