The Cave: A Folk Opera 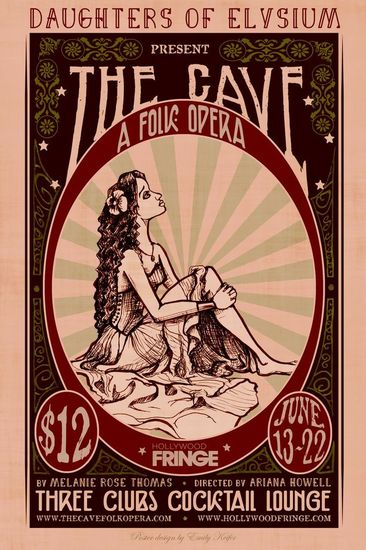 Daughter’s of Elysium are thrilled to announce the extended run of their sold-out production “The Cave: A Folk Opera”

A new story inspired by Beauty and the Beast and the Persephone myth told entirely through folk music. Set in an opium den at the turn of the 20th century, Willow sacrifices her life to pay off her father’s debt and goes to work and live in an underground society called The Cave. The Cave is a decaying, bohemian, stone palace where people leave the grit of the everyday mundane to live a life of pleasure. The sinners and lovers, beggars and bluebloods who find their way into The Cave, come to play hard, work hard, and live in their smoke filled fantasies. However, those who enter, have no way back to the outside world. In this strange realm of perpetual night, where blood flows like wine and magic is palpable, Willow must find light in darkness to save her father and herself.

“Love is like water.
It will hold you while you drown
To the bottom of the endless.
No way of breathing now.”

The Cave is deeply engaging, darkly poetic, and sultry. It is an immersive and visceral experience. Come on down, and join the creatures of night.