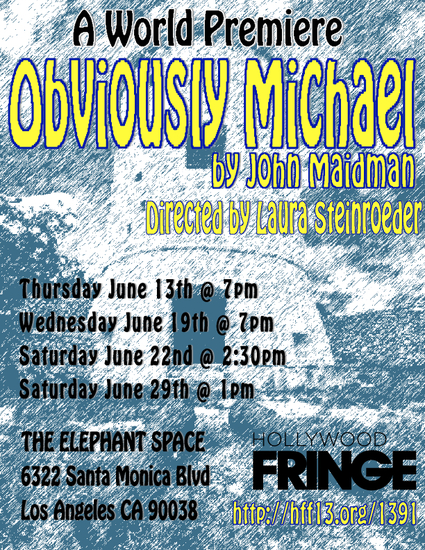 Obviously Michael is a new play currently being adapted from an original short story.

Most people are awful. They yell and they smell and they don’t make any sense. Michael is already pretty sick of it, and he’s only six years old. In order to cope with the illogic of daily life, this precocious introvert constructs his own imaginary castle, filled with elaborate games and experiments. But despite his attempts to ward off dumb questions and irritating peers, they somehow manage to get under his skin.

Performing at The Elephant Space.