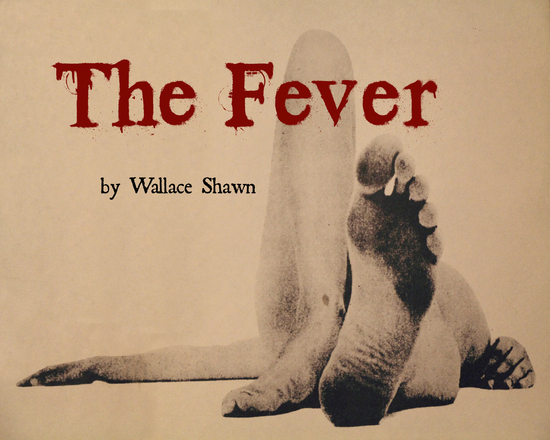 When a well-to-do cosmopolitan is exposed to the turmoil and violence of a revolutionary country, a fever ensues. In this new version, updated by Wallace Shawn in 2012, take a striking look at how someone from the 1% views the world, and what happens when he confronts the morality of his position.

“Light brings it to life at the Fringe. Brad does an excellent job spilling the words out as if they are coming from his gut. I hung onto every word waiting with enthusiasm for the next sentence. I highly recommend this interesting and well-produced production.”

“…he dives deep, performing Shawn’s monologue with such intensity that it’s impossible to take your eyes off him. I’ve seen other productions but Light captures the anguish, digest, guilt, and sputtering rage behind Shawn’s words. And the effect is riveting.”

“…Light in another tour-de-force performance. His central lament reveals how quickly our compassionate instincts fade once a traumatic moment has passed.”

Brad C. light and directors, Rebecca Sigl, and Christopher Neiman are ensemble members at Theatre of NOTE and have been in numerous productions here in Los Angeles. Brad had the privilege of performing Wallace Shawn’s THE FEVER in Chicago for Dolphinback Theatre after discovering this piece at the Edinburgh Fringe Festival years ago.