The Blood They Shed 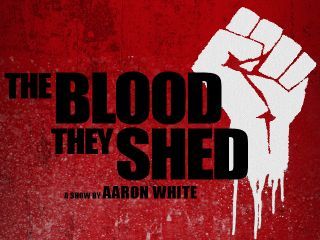 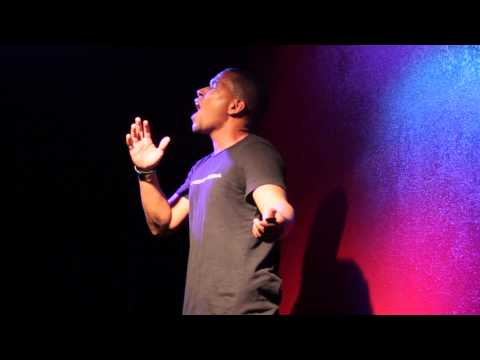 The Blood They Shed is a Broadway-style, one-man show written by Aaron White, Co-Director of the NAACP Award winning play, THE DANCE: The History of American Minstrelsy (featured in Cincinnati Fringe Festival, 2008).

The Blood They Shed is a coming of age theatrical experience about a boy fighting against the negative influences of popular media while trying not to forget his roots.

This powerful show serves to illuminate prevalent issues found in today’s entertainment, technology and lack of family relationships. The show also reminds us of two things: the strength that can be found in understanding our historical roots and the power of taking a stand against societal norms.

This dramedy unfolds by harnessing the power of music, visual media and ingenious story telling. The Blood They Shed tackles troublesome issues fearlessly while maintaining its humor throughout.

The Blood they Shed continues to gain momentum and is now showcasing in Hollywood, Ca. In it’s 5 years of touring Los Angeles it has also had the pleasure of being used as a key item to inspire at-risk youth in locations theater would not dare to go to including juvenile detention centers, group homes and foster care agency events and universities.

Future plans include a national collegiate tour of the theatrical experience and a filmed version of the show.

About the Playwright:
Aaron White is a graduate of California Institute of the Arts with a B.F.A. He is a playwright, actor, director, motivational speaker and entrepreneur. Aaron was featured in the Cincinnati Fringe Festival in 2008 where he received special recognition for the 2-man show he co-directed called “The Dance: The History of American Minstrelsy” which was also nominated for LA Weekly “Best Play”. The play also won an NAACP Award in 2007.
Today Aaron is a performer, playwrite,motivational, husband and foster care/group home youth mentor teaching positive life skills and creative arts to youth all over Los Angeles County.