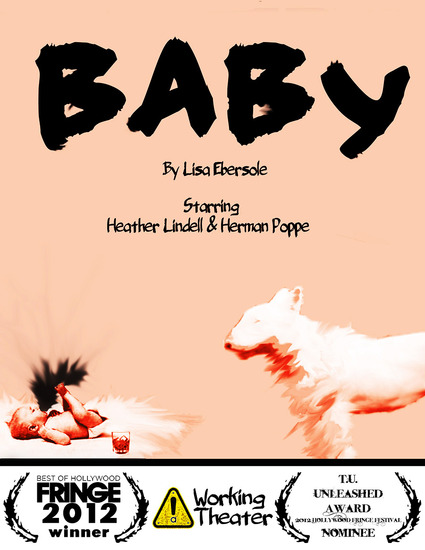 On a remote island off the coast of Maine, the reclusive has-been movie star Ron West lives in seclusion with his forty years-younger paramour, Alice. As the play unfolds in real time, Ron wants to die; Alice wants to have his baby. And it’s all going down tonight.

This is a Working Theater’s second year at the Fringe, coming off of a Best of Fringe award in 2012 and nomination for Best Ensemble with The Lights Are Off, written and directed by Matt Soson. Look for more about aWT at www.aworkingtheater.com

Lisa Ebersole’s plays have been produced off Broadway in New York and regionally. They include: MOTHER (with Buck Henry and Holland Taylor); BROTHER (Prod. Tom Noonan); METHINKS; PEOPLE DIE THAT WAY; PANDA; ANGELS; and MAY SHOWERS.