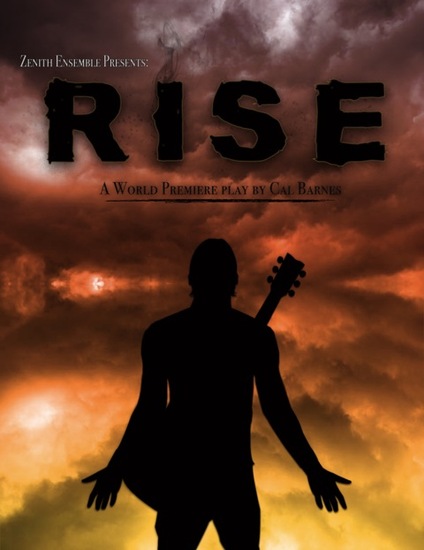 “ ..the most polished, narratively engaging, and morally
complex play I’ve seen in the Festival to date…”
Richard Adams – The World Socialist Website

“…I truly believe this play has the makings of a successful Broadway run. It is one of the best productions I have ever seen..” Bob Leggett – Examiner.com

RISE is an original play by Cal Barnes that made its world premiere at Fringe under the direction of Aaron Lyons. With four award nominations, RISE took home the Fringe First for Best World Premiere.

Henry Donner (Brett Colbeth) is a young, popular, Los Angeles based preacher who has it all- a large congregation that adores him, a family that loves him, and a paycheck that would suggest he’s more than good at what he does. While preparing for his next sermon, Henry receives a knock on the door that will change his life forever. Alexandra Riverton (Gowrie Hayden) is a tornado incarnate, bringing with her a secret from their past that has the power to destroy him.

“The past lies like a nightmare upon the present.”