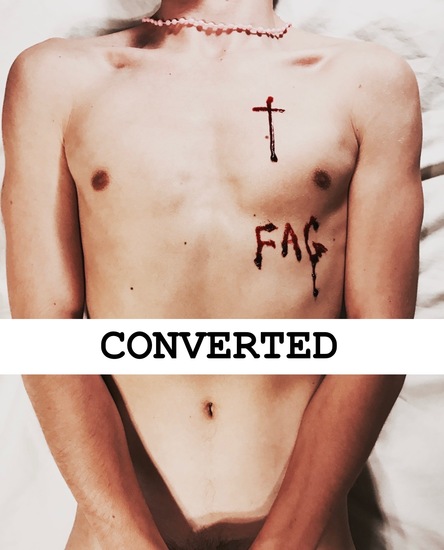 CONVERTED, the Exorcism of Matthew Hall, is an original one-act comedy about the dangers and absurdity of conversion therapy. The play follows the story of Matt and Zeke, two boys who are caught having sex while attending a conversion therapy retreat in southern Ohio. Repulsed by the boldness of their actions, the eccentric leader of the retreat, Brother Mike, decides to perform an exorcism on Matt in order to free him from the demons possessing his soul. Through a series of exercises, all of which have been found to be actual methods used in conversion therapy, Brother Mike and his partner, Sister Constance, attempt to convert the boys to a heterosexual lifestyle, thus saving them from eternal damnation.