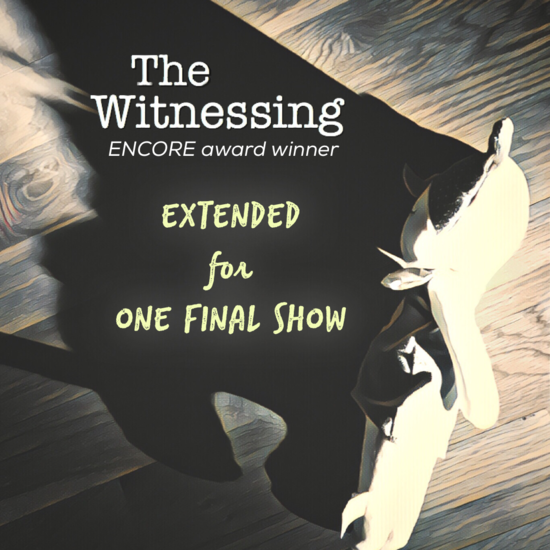 A chilling multi-sensory exploration into a shocking paranormal case. Actual footage, photographs, artifacts, and recordings from the investigation bring this terrifying ordeal to life. From THE UNMARKED DOOR composer Rolfe Kent (Dexter,Sideways,Up in the Air ) & dir. Lola Kelly (Hall & Mirror’s YOU). Starring Galen Howard (The Willows) and Jason Field (Something Truly Monstrous).

Unexplained phone calls, disembodied voices, moving objects and heart-stopping apparitions plagued the Davidsons’ Utah home from 2008 – 2010. Desperate for an explanation, they called upon the renowned Daugherty Paranormal Research Center to help solve the mystery behind the strange disturbances.

THE UNMARKED DOOR is a vehicle for open frame experiments with a sense of inclusion being at the heart of the mission. Sound Design by film composer Rolfe Kent. Directed by Lola Kelly (Hall and Mirror’s bespoke immersive experience for one audience per night, YOU, and the Thing for Forest Fringe at Edinburgh). Starring Jason Field and Galen Howard. Written by Sterling Powers.

Sterling Powers is a Los Angeles-born journalist, artist and photographer based in Cambridge, United Kingdom. A self-proclaimed “unapologetic atheist/skeptic,” Powers was drawn to the Davidsons’ story after meeting the couple on an 8-hour hike through the Narrows at Zion National Park. Powers says she became “obsessed” with the story, and was eventually able to convince the couple to let her write about it, provided their names were changed to protect their children’s privacy.

DISCLAIMER: Not for the faint of heart. 18+.

The show is ADA accessible

Guests are welcome to arrive 15 minutes early to settle in, take a photo with our technician and take a closer look at our artifacts. NO LATE ENTRY.

Parking is difficult in the area so plan extra time to park or have $5 in cash for the lot on the east side of Western just north of Santa Monica.